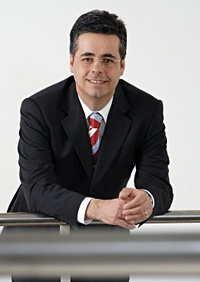 Dr. Markus Terhürne was born in 1969, studied at the University of Cologne and the Dublin City University / Ireland management economics with the emphasis audit, business calculation and tax law.

Following his exam to the Diplom-Kaufmann in spring 1995 he wrote his thesis at the trust seminar of Professor Dr. Günter Sieben and in July 1998 from the University of Cologne to the Dr. rer. pol. was attained a doctorate.

Dr. Terhürne was ordered in February 2000 to the tax advisor and on 28. January 2002 to the public accountant. From 1995 until February 2001 Dr. Terhürne worked for a large accounting firm in Düsseldorf. Since beginning he is working for LOHR + COMPANY GmbH and in November 2001 he became director.